Thank you for being a part
Please send a check payable to
"Compassionate Hearts Network Inc",
PO Box 51, Woodville, MA-01784,
Thank You

Thank you for being a part

Rajiv, 31 years of age is a resident of Kozhikode Cheruppa, Kerala. Following a tragic fall from the top of a building, while at work, two years ago, Rajeev has been wheelchair bound. He is going through lot of struggles in his life. Our immediate goal is to help him buy a land for building a house which is more accessible.

Struggles had followed Rajeev from a young age! He became the sole bread earner for his family just after his matriculation. His father had a heart condition that deteriorated over time, and following some mental health issues, his father left home one day. Rajeev then worked hard to take care of his mother, grandmother and two younger siblings. Years went by, and he got his sister married, by pledging his property and taking out loans. The financial burden increased further with his own marriage, and he ended up heavily in debt.

Life seemed to finally take a turn for the better, when his wife announced her pregnancy. But as fate would have it, Rajeev suffered a bad fall from the second storey of his workplace, just as his wife delivered his daughter. His spine was damaged, and he was paralysed hip down. After a year of expensive treatment, he ended up in wheelchair.

Rajeev has continued his physiotherapy with help from friends and neighbours. During one of those sessions, his physician encouraged him to take up wheelchair sports. His arms were remarkably strong still, and he gradually started making an impression in some of these events such as handball, discuss throw and javelin. But he had to stop practice sessions when the debts became extreme. He was about to lose his home and his family was barely fed.

Despite all that he has been through, he still dreams of participating in Paralympics one day. His trials only seem to get worse though. Recently, when he lifted weights to strengthen his arms, he fractured his arm. Now Rajeev is in a situation where he looks almost certain to lose his home, through impoundment. But the inspiring mind that he is, he still maintains a positive outlook to life. 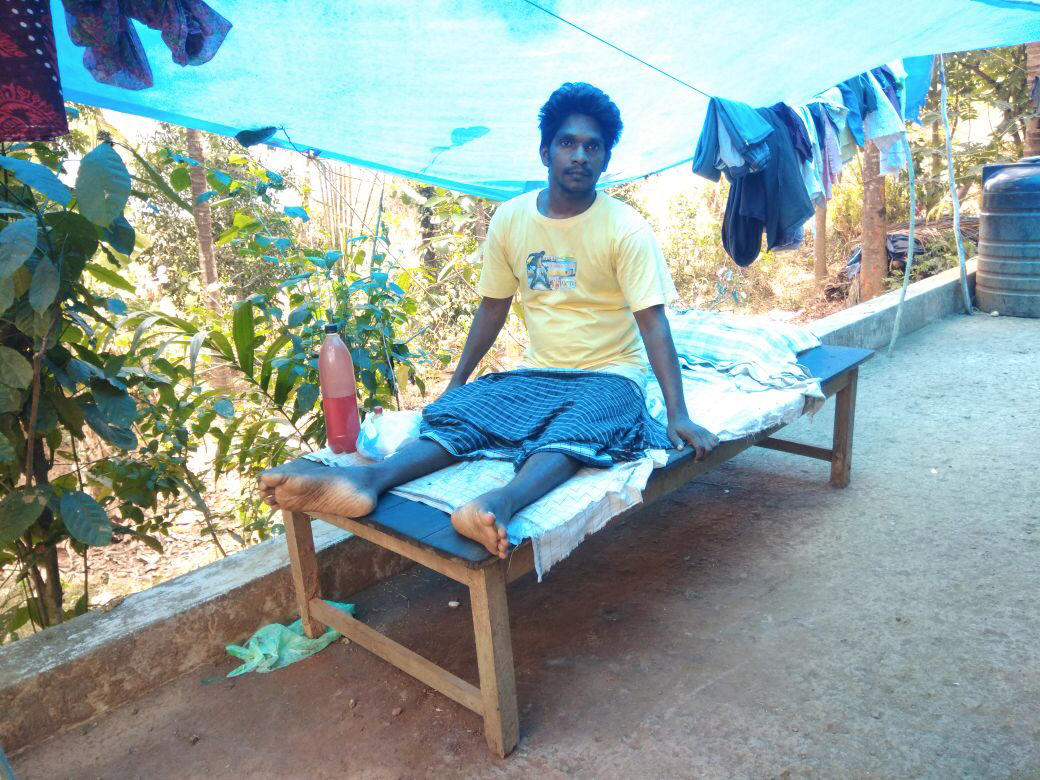 Request Your Contacts To Support This Cause

DONATE TO THIS CAUSE